The other volunteers and I got to sleep in a bit this morning and only had an 8:15 start time. Yawn! At least there’s free tea and coffee! After setting up a few odds and ends it was time to start shepherding people into the main room for the third, and last, keynote.

The Past and Future of Evolutionary Architecture, Rebecca Parsons

Good code has a more consistent definition across projects than good architecture design.

The compiler is my friend and it helps me get it right. 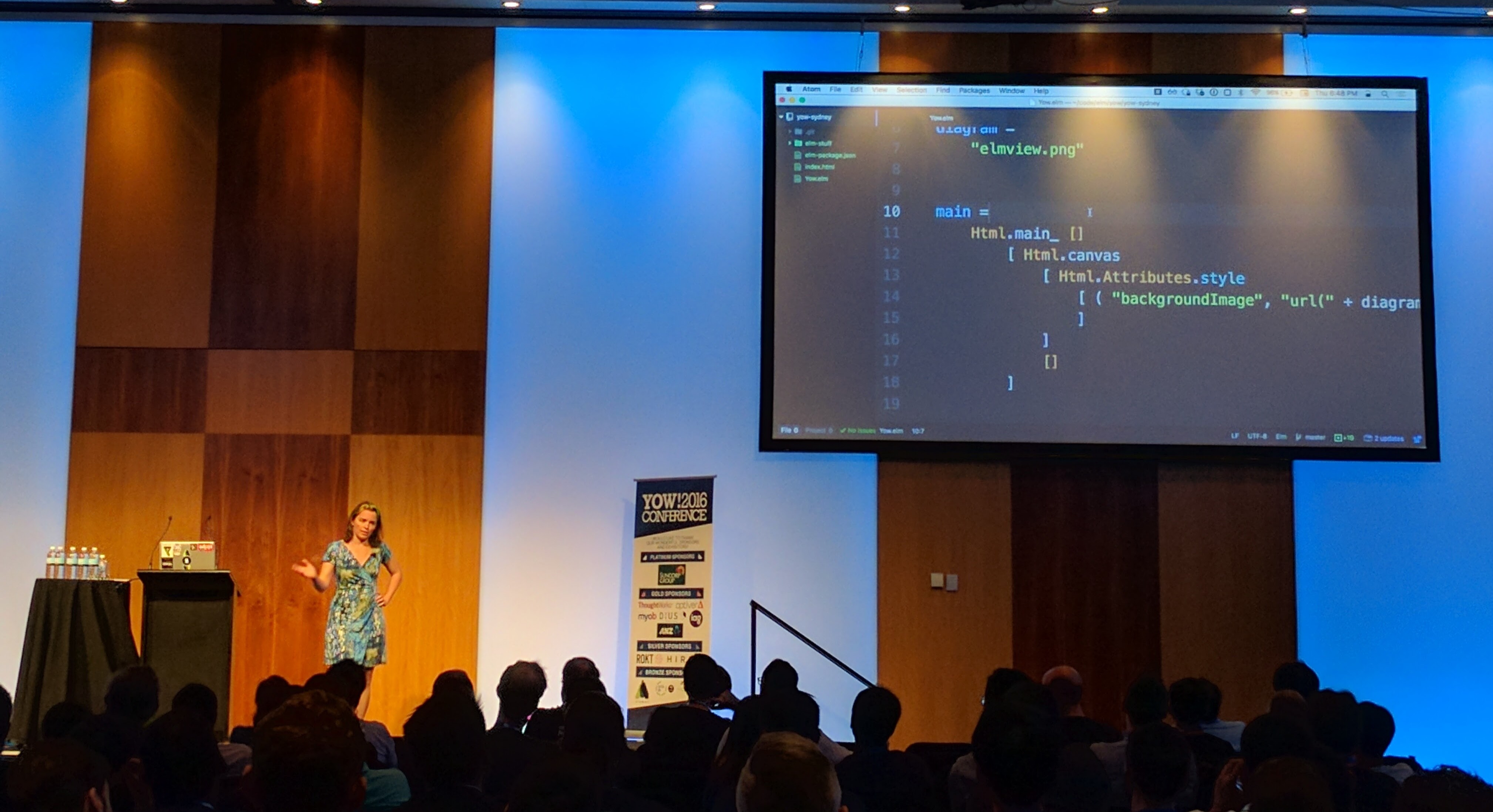 Her dress matched the colours and styles of the slides, nice touch!

If you are Synchronous you are not Resilient, Gregor Hohpe

Gregor started his talk by defining three types of systems:

The rest of the talk covered how to move your code, team and organisation towards each of these states:

Communities of Practice: The Missing Piece of your Agile Organisation, Emily Webber

Given my experience with various user groups, study groups, and my own continuing education I was quite excited to go to this talk. Unfortunately for me, it was aimed more for beginner community organisers. I did like her ideas around bringing these kinds of communities into the office, both how to do that from a practical stand point, and why learning with your co-workers can be a good thing.

I enjoyed Emily’s discussion about the Kolb’s learning styles because it’s particularly relevant to my own learning efforts. 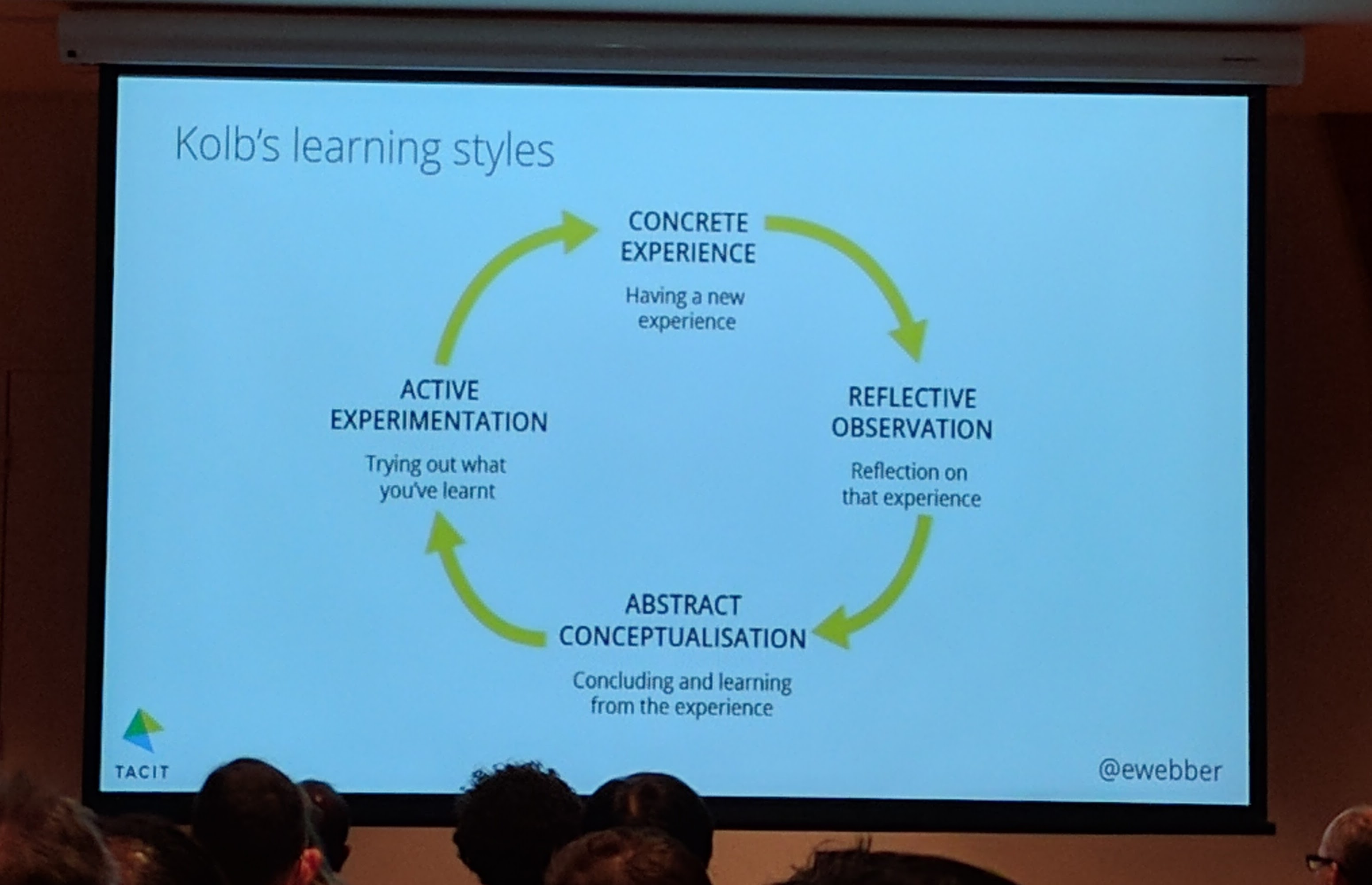 In general, I try to follow these steps, although I’d never thought of them so concretely. My typical flow is:

As all architects know, there’s something to be learned from everything. 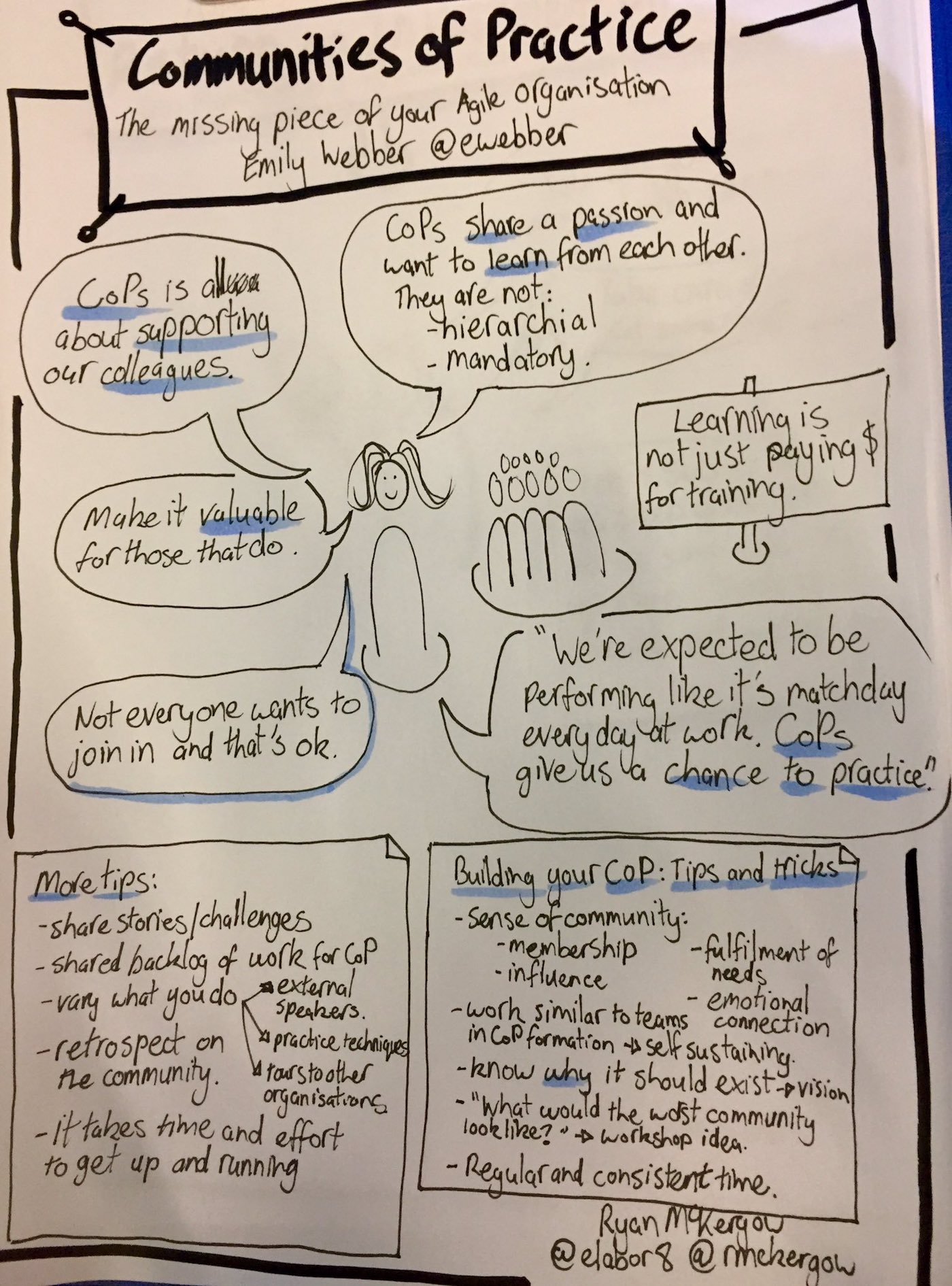 Knit One, Compute One, Kris Howard

The last talk of the day was given by my friend Kris. Kris programs and knits, this talk was about the intersection of the two. It was extra satisfying to watch because I was one of the people who encouraged her to submit the talk to YOW! way back in August.

Kris’s talk went into the similarities of programming and knitting:

I particularly enjoyed the discussion about using a standard markup language to store patterns. This way a program could easy use one of many ways to display a knitting pattern, and the implementation would result in the same thing. I love the idea of having One Pattern to Rule Them All, but allowing each person to use their favourite way of consuming the patterns. I want this for recipes!