I have a lot of shirts that have “Ruby” on them from past Rails Girls events. I love wearing them. Partly I like the style of the script (thanks Carla Hackett for the beautiful lettering!) and the fact that the shirts look girly and are about programming. But mostly I like Rails Girls and what it’s meant for me. 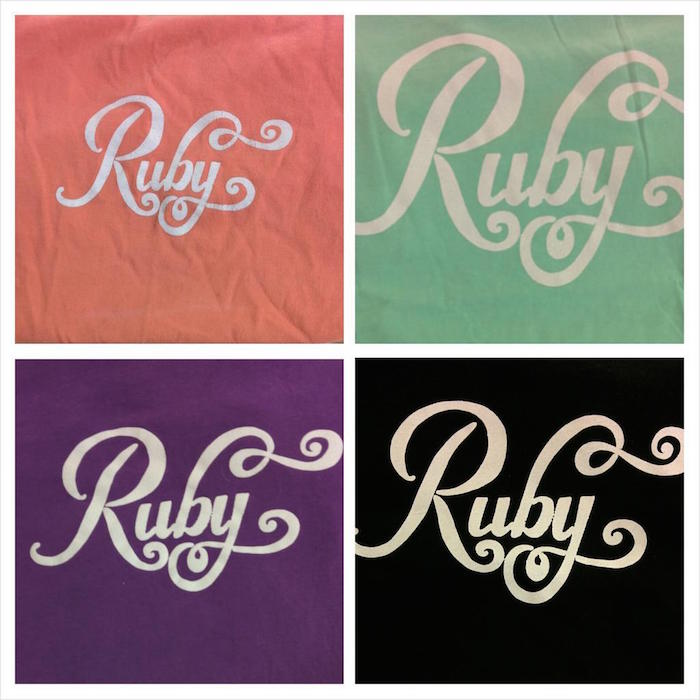 These shirts occasionally propt questions. My current job doesn’t use much Ruby at all. I’ve written a bit of it for our wallboards, but that’s about it. So when people at work see me wearing a Ruby shirt they’re a bit curious. Some people ask about Rails Girls (it’s awesome), others ask what my last job was (at a Rails shop), and some ask “Do you miss it?”

Note: I do still write ruby on personal time, but it’s way less than I used to.

I’m originally from the USA, but I live in Australia now. My accent is a dead give away. Some people ask me about where I’m originally from (near Washington DC), others ask what the differences are between the two (distances and prices), and some ask “Do you miss it?”

Yes, of course. I miss my family, my friends, the home I grew up in. I miss knowing the right words and cultural references. I miss driving on right side of the road. I miss cold Christmases and having my birthday in the fall.

But there are a bunch of things I don’t mind going without. The things you pass by without connecting with. I’m happy to skip trips to Walmart and traffic jams. I don’t need the rolling hills of Virginia when I have the beaches of Sydney. I’ve found new restaurants to take over from my previous haunts. Life moves on and I adapt.

It’s been the same with Ruby. I miss how much I used to know and get frustrated with needing to relearn so many pieces. I miss seeing people I only know from twitter. I miss the culture of pair programming and knowing which gems were “in.”

But the language itself? I don’t think it matters as much. In general, Ruby and JS can do about the same things. Both offer their own perks and quirks. They are different but similar.